It is almost 6 years since the last part of the Harry Potter movies "Harry Potter and the Deathly Hallows Part 2" was released. Since then many Harry Potter fans miss Harry, Ron and Hermine. To feel a little bit closer to the three friends again, visit the Harry Potter film studios in London and step into their footsteps.

Tickets: Tickets can be bought via the official website for approx. 39 GBP. You have to choose a day and time of arrival. We arrived a little bit earlier and it was no problem to go in. With your ticket you can stay as long as the studio closes.

How to go there: From the city center of London, take the tube to Euston station. Then take the train to Watford Junction (approx. 15 minutes). As soon as you leave the station you will see the Harry Potter buses which will bring you to the studios.

Travelling time: You should arrive 45 minutes in advance at Watford Junction which means you should take the train at Euston at least 1 hour in advance.

Time for your visit: We needed approx. 3 hours for the tour but we were told that there were other visitors who came in the morning and left when the studios closed.

Cloakroom: In the entrance hall you have the possibility to leave your stuff. But one part of the tour is outside. If the weather is bad, you should keep your jacket.

Audio guide: At the entrance you have the possibility to get an audio guide for 5€ which I can highly recommend.

The Cupboard under the stairs

Now we can start the tour! In the entrance hall you can see Harry´s tiny "room" at the Dursley´s house: the cupboard under the stairs. Until just before his 11th life changing birthday, Harry spend most of his time here while the apparently perfect Dursley family hogs the rest of the house.

The tour starts in a cinema with a movie giving you a first glimpse behind the scenes. Afterwards, the large cinema screen goes up and you are in front of the huge wooden door of the Great Hall, where Harry saw his enemy Draco Malfoy for the first time. When opening the massive wing door, you will see what the first year students once saw: The great dinning and ballroom of Hogwarts with its long wooden tables. 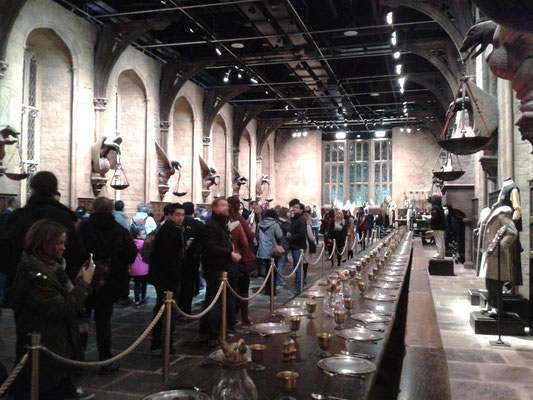 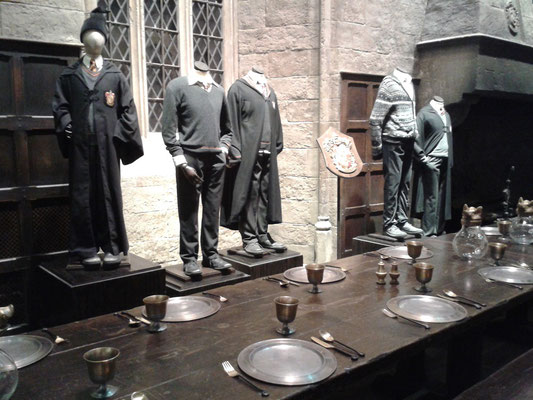 Walk to the teachers table in the front where not only Dumbledore, McGonagall, Hagrid, Snape and Co. will wait for you but also the Sorting Hat. Which would be your favorite house? Maybe you can make a wish, too. Harrys wish „not Slytherin“ at least came true. 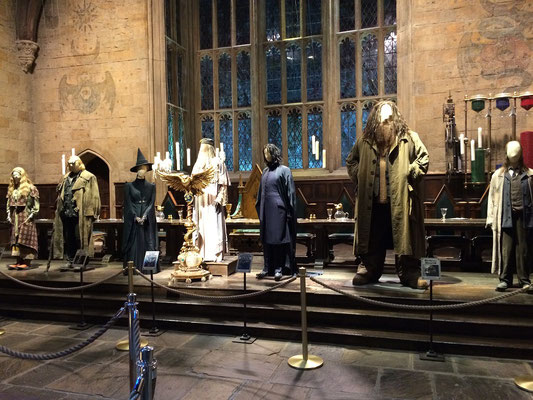 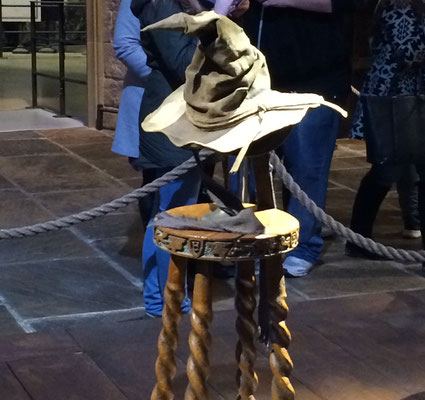 In the next area you will see a lot of film sets like the dorm room of Harry, Ron, Neville, Seamus and Dean, Dumbledore´s office, Snape´s class room, the Burrow, Hagrid´s hut or the Gryffindor common room. Who doesn´t remember Hermione using a magic spell against Neville here because he didn´t want to allow her as well as Harry and Ron to break the school rules again and search for the philosopher's stone in the middle of the night? Or Harry talking to his godfather Sirius through the fireplace? Or Harry and Ginny kissing for the first time? 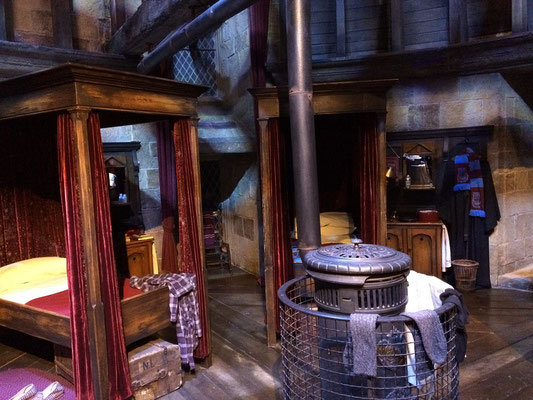 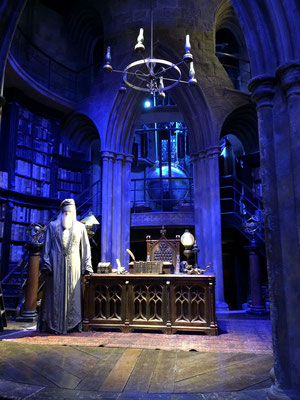 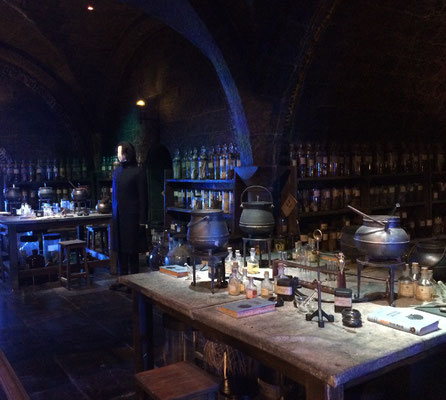 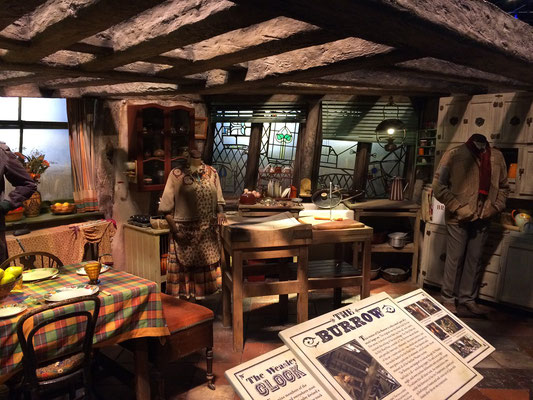 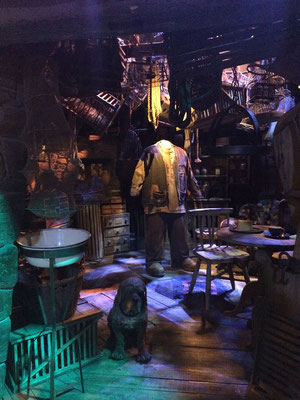 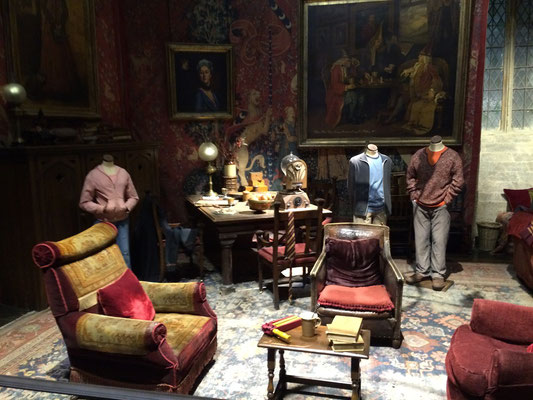 In the next area you get the chance to fly on a Nimbus 2000 through London. May be you are a natural talent like Harry and you will get a place in the Quidditch team.

Next stop is the Hogwarts Express. The large train with the red locomotive will wait for you at the platform to bring you to Hogwarts. Exactly where Harry´s journey to his new home began and Harry kissed his youngest son Albus Severus goodbye in the very last scene of the saga. Maybe the snack car has some chocolate frogs, Bertie Bott's every flavor beans or pumpkin juice left for you, too. 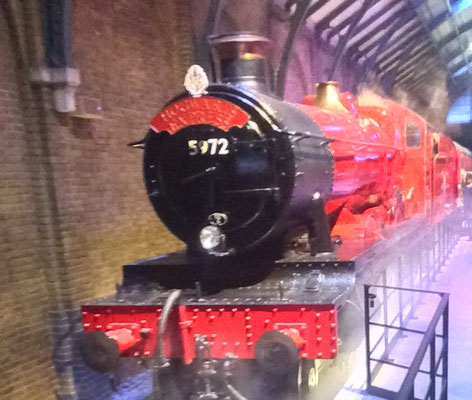 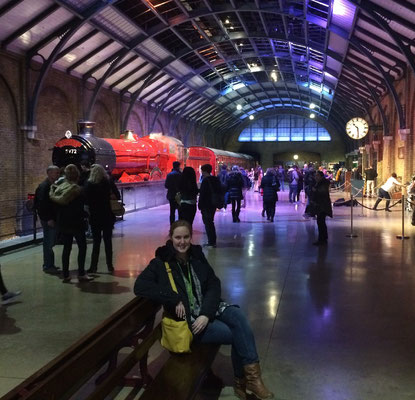 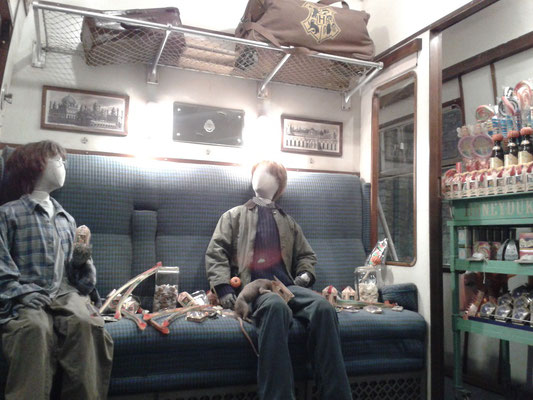 Now the outdoor part of the tour start and you can see the Dursley´s house: Privet Drive No. 4. Who doesn´t remember Hagrid bringing young Harry with his flying motorbike to this house or uncle Vernon flipping out because the letters to the boy living in the cupboard under the stairs didn´t end or elf Dobby trying to keep Harry from going back to Hogwarts or Ron, Fred and George trying to free Harry with the flying Ford?

In this section you will also see the Knight Bus and the Potter House, you can cross the Hogwarts Bridge and sit on Hagrids Motorbike and inside the flying Ford. 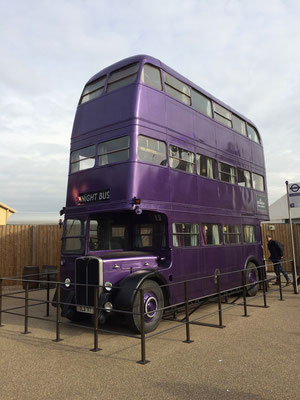 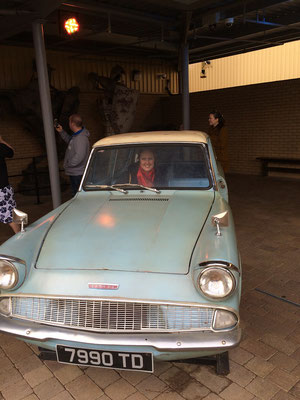 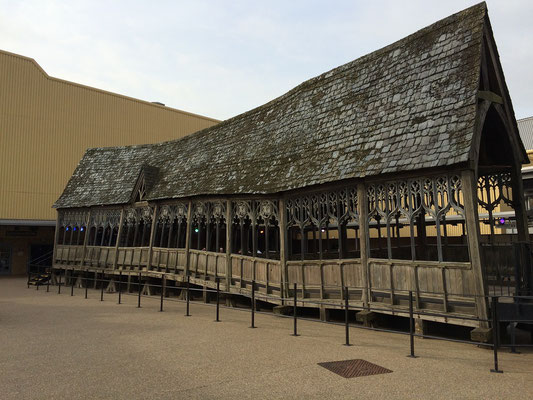 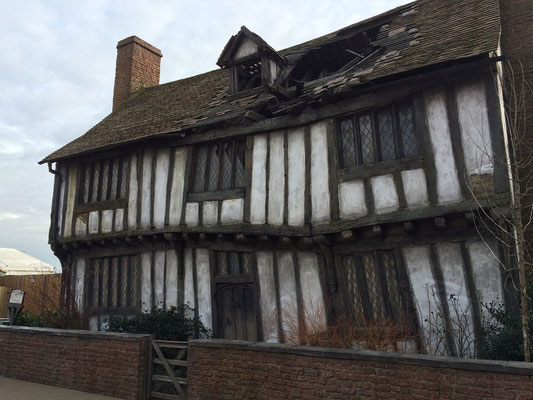 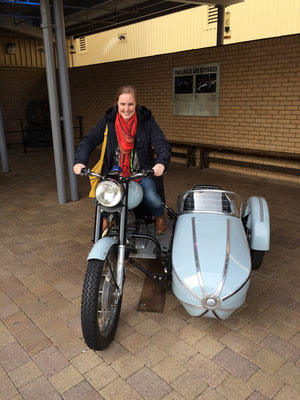 Afterwards you can try a butter beer.

The Creation of Magical Creatures

In the next part of the studios you will get a detailed insight in how the different magical creatures were made. It will be explained how scenes with the Half Giant Hagrid were filmed or how the Hippogriff Buckbeak was made. Do you remember when Buckbeak hit Draco because he treated him disrespectfully or when Harry and Hermione saved Buckbeak´s life, who has been sentenced to death, with the help of Hermione´s time-turner?

Then you can take a walk through the beautiful Diagon Alley. The eye catcher of the street is "Weasleys' Wizard Wheezes". You can´t miss the red shop window, where a huge wizard seem to be stuck in. Do you remember Harry gave his prize money from the Triwizard Tournament to Fred and George so that they could open the store? The way how the twins quitted school will remain unforgettable forever. While the other students tried to do their graduation test at the end of the year under the watchful eyes of evil Umbridge, the large wooden door of the Great Hall was opened and Fred and George came in on their broomsticks while starting a giant firework. 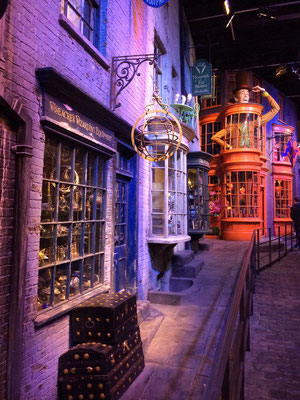 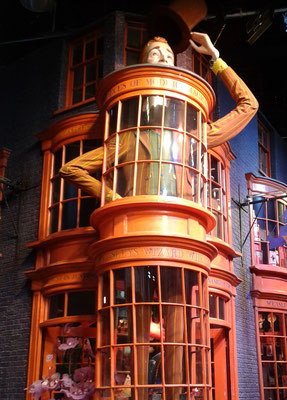 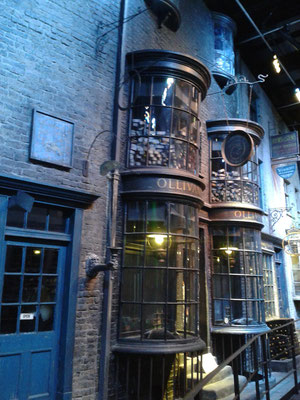 Then you will pass by a miniature version of Hogwarts and I think you will be surprised how huge the school really is.

The tour ends at Olivanders. Here you can select your wand. Oh sorry, I meant your want can select you! Maybe try a Patronus spell at first: "Expecto Patronum". Don´t worry if it won´t work. Harry also had to practice a little bit until his deer appeared. 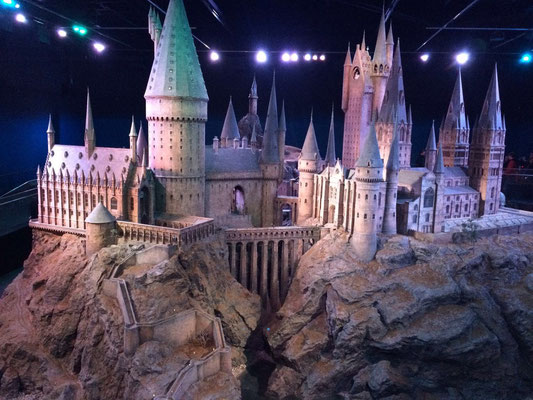 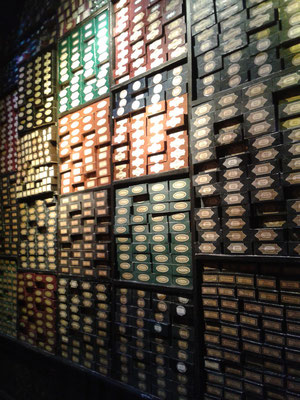 Since March 2017 there is a completely new area, the forbidden forest. What is forbidden for all Hogwarts student can be explored by fans easily and without any danger. Here you will find a full-size model of Buckbeak, the huge spider Aragog and 19 trees each with a diameter of over 12 feet.