London is incredibly large and it´s hard to find out where to start when visiting London for the first time. There are countless things to see and do. This post will help you to see all popular tourist attractions in just 3 days.

Let´s start our day at Piccadilly Circus where we can see the conspicuous advertising banner of Coca Cola & Co., which illuminate the famous place day and night since more than 100 years.

It is only 600 meters to Trafalga Square. The large square with Nelson's Column is guarded by 4 impressive bronze lions. There is a legend saying when Big Ben rings 13 times, they will come to life. Also the National Gallery is located here. At 361 days a year it is possible to gaze at numerous paintings by Monet, Rembrandt, van Gogh, Michelangelo, da Vinci and other famous artists for free.

Let´s walk to the south now. After passing Downing Street number 10 - office and resident of the prime minister - we will arrive at Big Ben. What most people call Big Ben is actually the clock tower of the Palace of Westminster. Strictly speaking, Big Ben is only the name of the heaviest bell inside the tower. Next to the tower is the Westminster Bridge. From the bridge you will have a great view at the Thames, the London Eye (the world's largest big wheel) and the Palace of Westminster. Inside this building, which was declared a UNESCO world heritage site, the British parliament meets regularly. This is why the building is called Houses of Parliament.

Close to Big Ben is Westminster Abbey. Inside this famous church Queen Elisabeth II was crowned queen in 1953, exactly like many royals before her. The younger generation may know the church from Prince William´s and Kate´s wedding in April 2011 broadcasted live on television. Entry charge is approx. 20€ but you can attend the Evensong five nights a week at 5 p.m. for free. Only 300 meters away there is St. James Park, the oldest royal park in London. Walk through this beautiful park and pass by the small lake. After a few minutes you will arrive at Buckingham Palace, the magnificent resident and workplace of Queen Elisabeth. But Buckingham Palace wasn´t always that big, in 1703 it was built as a large town house and between 1761 and 1836 it was extended step by step. On selected days, some of the 775 rooms can be visited.

Then walk through Green Park to the green lung of London, Hyde Park. There is a lot to do in London´s most famous park: discover some monuments, go on a small boat trip at the small lake or just have a picnic.

Who still has some energy left, can leave the park on the north-west corner and saunter through Oxford Street, one of Europe´s highest revenue earning shopping areas.

Tower of London and Tower Bridge

Let´s start the second day at the Tower of London. The 11th century fortress can be visited for approx. 13.50€. Inside you will see e.g. the British Crown Jewels. Next to the old walls there is the Tower Bridge. One of the most famous bascule bridges in the world. For large ships the bridge is opened regularly despite the heavy traffic on top of it.

Then walk on the south side of the Thames, pass by HMS Belfast, a historical warship from World War 2, until London Bridge. Nearby is one of the most beautiful food markets of London, the Borough Market. 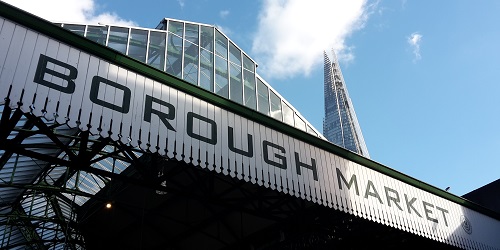 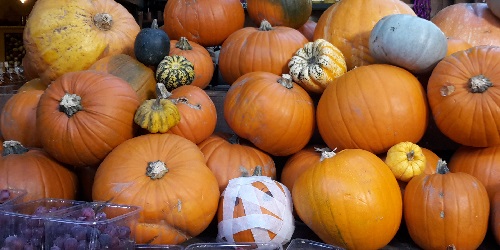 After visiting the market keep walking along the Thames until Tate Modern, one of the biggest museums for modern art worldwide. Furthermore, the museum has a great terrace at the 10th floor with an amazing 360° view of the St. Pauls Cathedral, the Shard (the highest building of Western Europe) and the Millennium Bridge. This bridge was opened in July 2000 for the first time. Due to a construction error it had to be closed again only after 2 days because at the opening it was found that when too many pedestrians were at the bridge, it started swinging heavily. After 6 month of analyzing and testing 91 additional dampers for approx. 5 million GBP were installed and the bridge could be reopened.

Then cross the bridge and walk to St Paul's Cathedral, one of the largest churches in the world. The dome of the church offers a great view over the city (admission: approx. 20€). Next to the church is the Shopping Centers One new Change. Take the elevator to the top floor and you will also get a great view over the city and at St. Paul´s for free. Also on the roof terrace is a nice bar / restaurant called Madison. 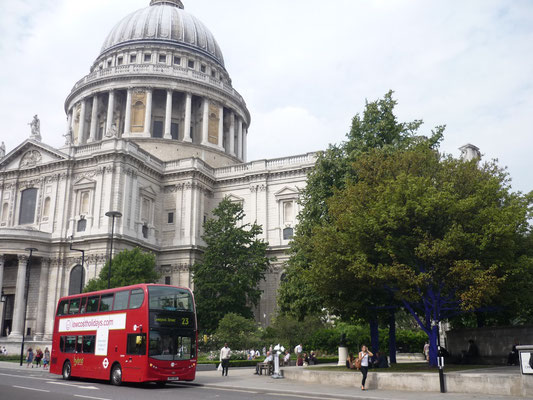 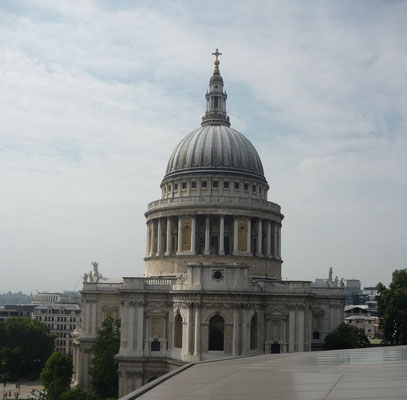 Recommendation: Hungry? The restaurant Rudds offers a great Thai Curry or a delicious homemade burger. (Go from the Millennium Bridge towards St. Pauls. Then turn left into Queen Victoria Street. On the right side you will find the restaurant Rudds, number 148). You like chickpeas? Then go to Hummus Bros (128 Cheapside - close to the northern exit of the shopping mall One new Change).

Not far away from St. Paul´s is the tube station Bank. Take the Northern Line to Camden, walk along Camden High Street and cross the Regent Canal. Then you will arrive at Camden Market.

Camden Market is one of the most famous street markets in London. It is famous for extravagant and vintage clothing, art as well as street food. Very close is a nice pub The Hawley Arm. It used to be one of Amy Winehouse local pubs. Have a pint here while relaxing and completing your day. 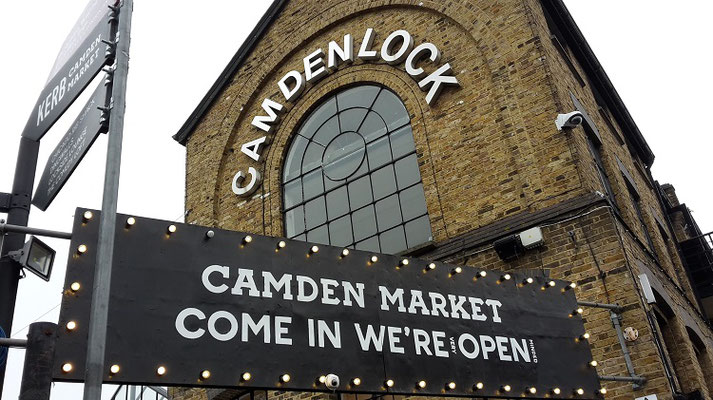 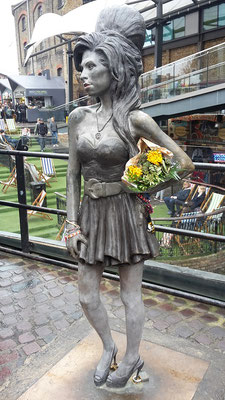 Let´s start our final day at Harrods which is one of the biggest, most exclusive and most famous department stores in the world (tube station Knightsbridge). The English tea or the pralines you will find in the food hall on the ground floor are great souvenirs and even the toilets are well worth visiting :)

Afterwards walk to the Victoria and Albert Museum to see the biggest collection of applied arts, crafts and design. Next to the V&A museum is the Natural History Museum. Inside you will find numerous scientific exhibits. Already in the entrance hall there is a huge skeleton of a blue whale. When discovering the 4 different zones, you will see a lot more skeletons as well as fossils, a 30 meter blue whale and a lot more. Furthermore it has an impressive architecture and especially a conspicuous facade. 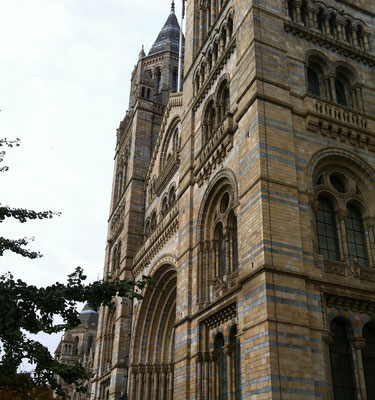 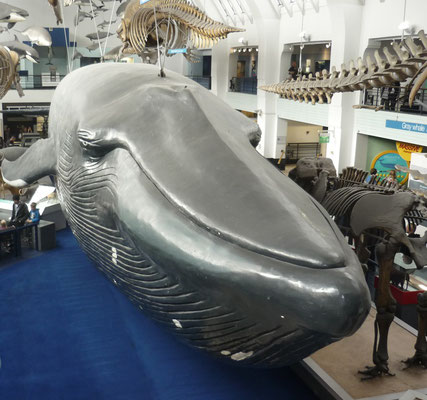 Next stop is Royal Albert Hall, a famous venue where the biggest festival of classical music takes place every year "BBC Proms".

Afterwards go to the royal Kensington Garden. There you can see the Albert Memorial and Kensington Palace. Lady Diana used to live here and also Prince Harry and Prince William call the palace their home. The squirrels are tame enough to stoke them. Next to the palace is an Orangery, whichs offer the famous afternoon tea plus scones, a popular British biscuits. 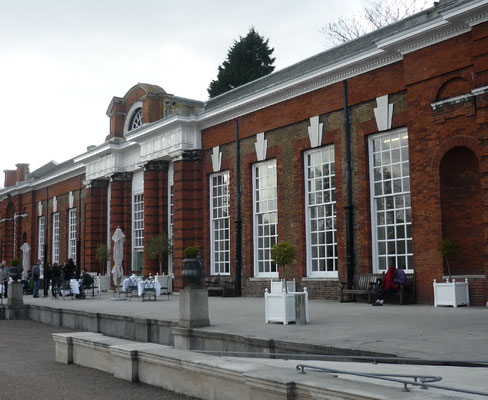 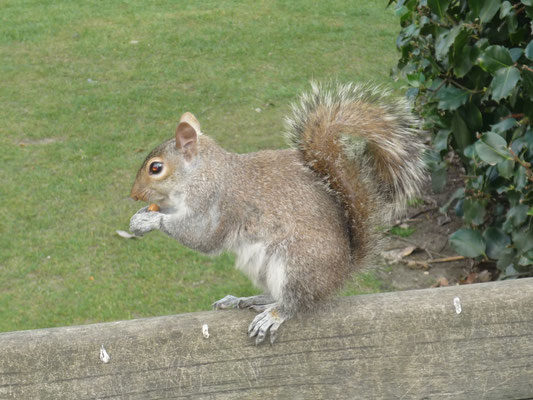 Afterwards go by bus to Notting Hill. Leave the Orangery, pass by Princess Diana Memorial Playground, leave the park and turn right into Bayswater Road. Then turn left into Queensway and take the bus 70 to Portobello Road. On the most famous street of Notting Hill you will find the Portobello Road Market. London´s oldest street market is famous for antiques. Friday and Saturday are the market days but some street stalls are open from Monday to Thursday as well. But due to the many colourful Victorian houses Notting Hill is well worth visiting on every day of the week. 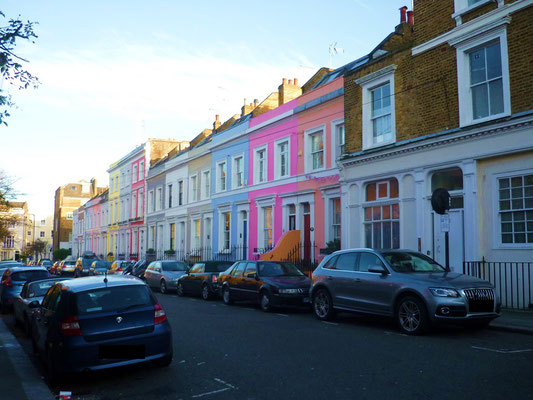 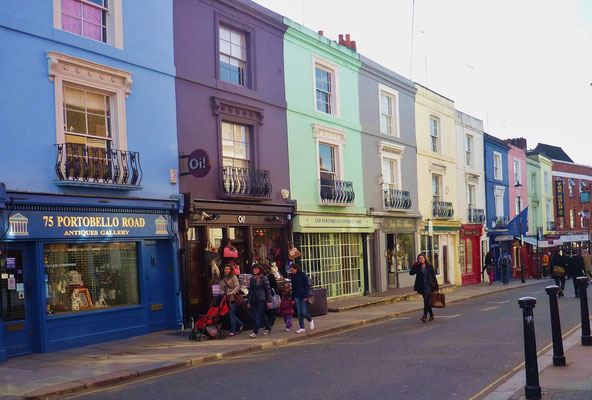 Follow Portobello Road towards the south. At the end of the street turn right into Pembridge Road. You will pass by the Fish House of Notting Hill (29 Pembridge Road). You may like to try the typical British dish fish and chips here.

After dinner take the central line from Notting Hill Gate to Oxford Circus and walk to the West End. Here you have the possibility to visit one of the many musicals. Because there are so many shows, you can still buy tickets on the same day for a good price; e.g. for Wicked (from 23.50 GBP) or Mamma Mia (from 18 GBP).