My very personal impressions of Havana

Already on our first day I recognized how hard it is to describe Havana. You simply have to experience the largest city in the Caribbean yourself. Nevertheless, I try to summarize some of my very personal impressions: Havana is a city of contrasts.  Beautiful vintage cars drive through narrow streets passing colorful houses with large wooden doors and small balconies with ornate handrails. Also the colonial buildings in the old town are just gorgeous. They have been elaborately restored and now attract thousands of tourists every year. 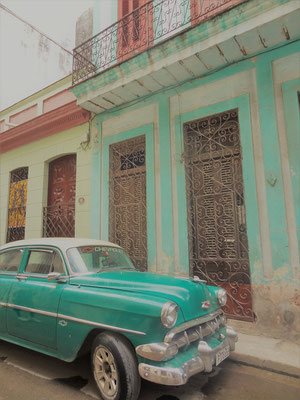 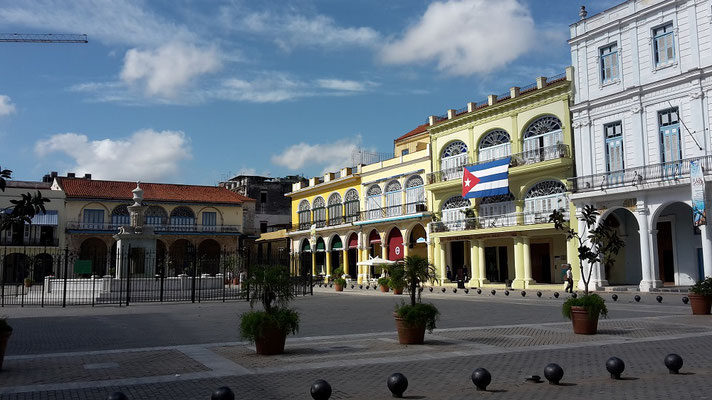 But only around the corner it looks like the city is in a state of disrepair which cannot be stopped anymore. There are rundown, almost collapsed houses, broken streets and garbage piles up at street corners. The stench is spreading rapidly around in the intense heat. Nevertheless, the Cuban people seem to be happy and satisfied. 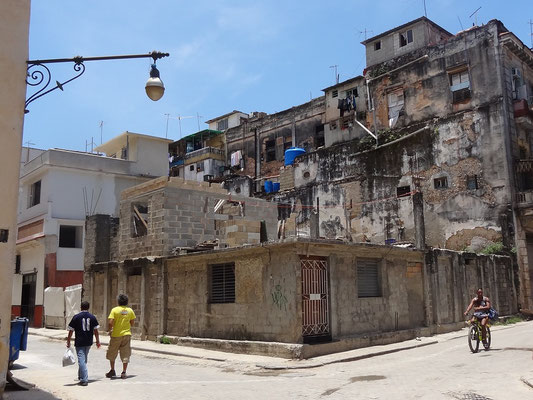 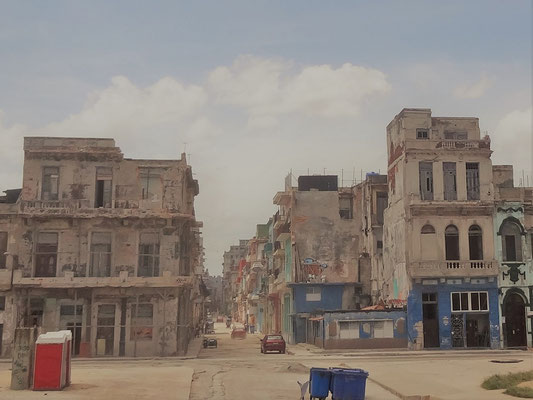 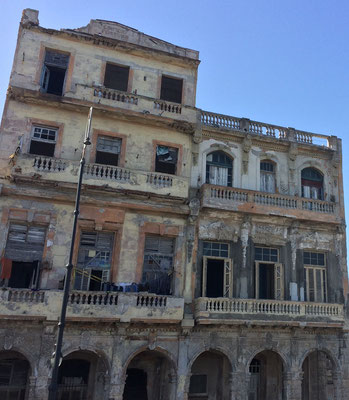 Early in the morning the first so called Habaneros sit on the street or watch the slowly starting street life from their balconies while listening to salsa music. The doors of most houses aren´t locked during the day and the people in the neighborhood seem to know each other. People passing by are warmly welcomed and a loud conversation all over the street starts. They also like to start a conversation with tourists. The closer you come to the old town, the more often they try to sell something or ask for money, but away from the tourist attractions they just want to talk to you because they are curious and have time to do so. Don´t be too sceptic, because Havana is very safe for tourists. The police are always present and no one wants to have problems with the government. Also always present is the revolution. Everywhere in the streets there are flags of the 26th of July Movement (a revolutionary organization led by Fidel Castro), graffiti’s of Che Guevara or slogans saying „Fidel Siempre Vivirá en Nosotros“ (Fidel will always live inside of us") or „Hasta la Victoria Siempre“ ("Until the lasting victory" - Guevaras famous slogan). 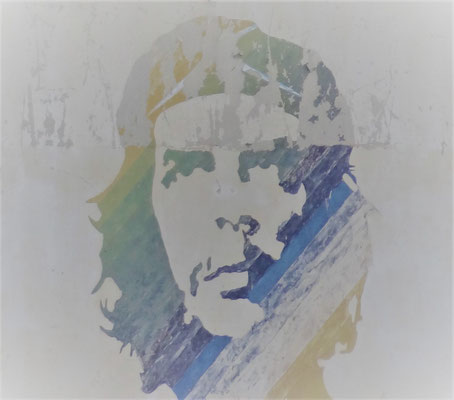 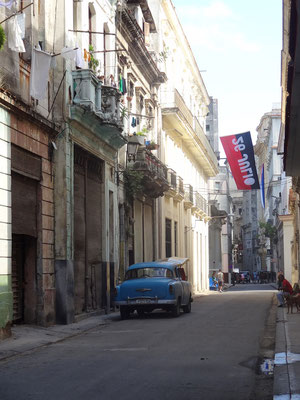 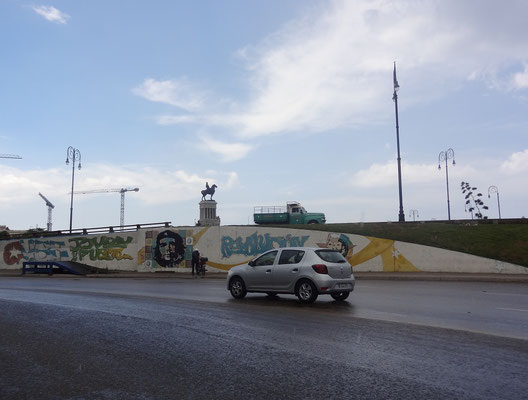 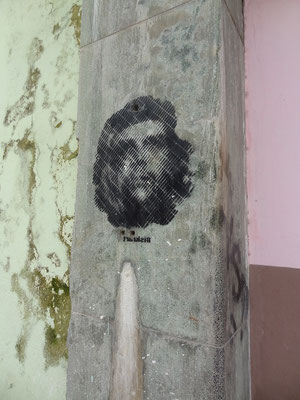 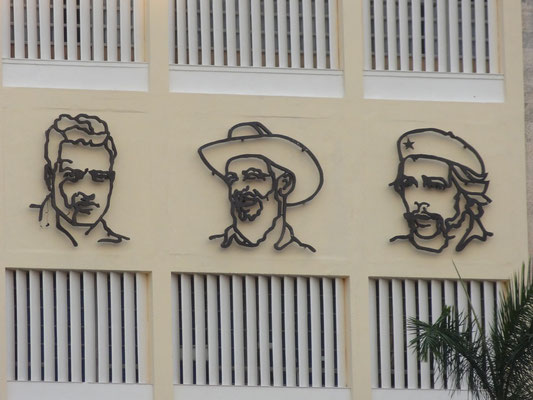 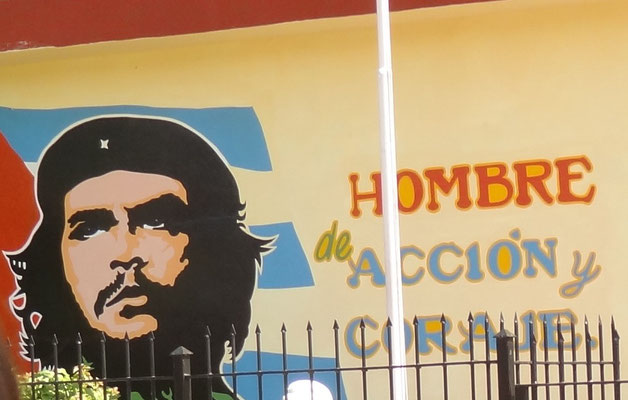 The Cubans celebrate their revolutionary heroes because they say the revolution brought many positive changes, e.g. in the health and education sectors. Do you know this Cuban joke: "What are the 3 main achievements of the revolution? Health, education and sports! And what are the 3 biggest shortages? Breakfast, lunch and dinner!" But as a tourist you can get great Cuban food. The so called Paladares - private restaurants often in private houses - offer delicious food for a good price and Cuban women are very proud of their cooking skills. The breakfast and dinner in our Casa was always amazing. For breakfast we had fresh fruits, toast, marmalade, eggs and coffee. For dinner for example the Cuban national dish Vieja Ropa: pulled meat which was served with rice, beans, baked bananas, salad, avocados and a vegetable soup. After such great breakfast and dinner we were ready to explore the city with a morbid, but irresistible charm. 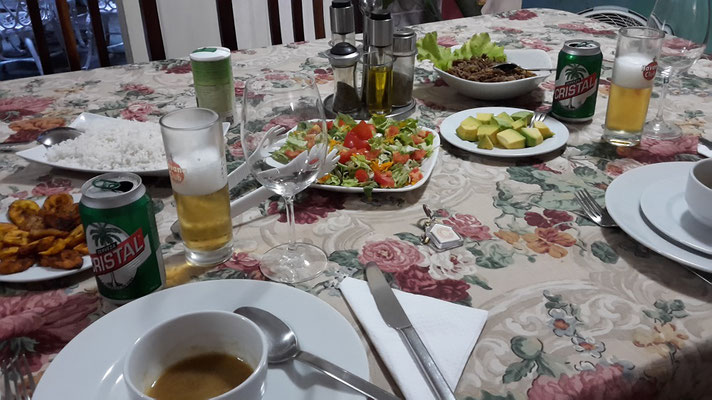 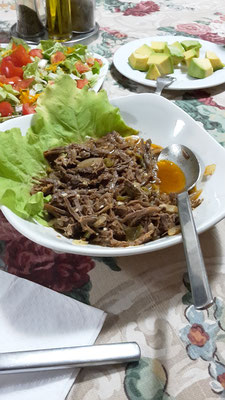 Things you must know before travelling to Cuba

Vinales Valley - one of the greatest natural beauties of Cuba