Mérida, Yucatán - top things to do

When visiting Yucatan, Mérida is a must see for many toruist because the capital of the Mexican half island offers many tourist attractions. Especially within the historical center of Mérida and along the famous boulevard Paso de Montejo you will find many great sightseeing spots like Plaza Grande, the Cathedral of Mérida or the Monument to the Motherland.

Mérida Yucatan - top things to do

Tourist attractions within the historical center of Mérida

The historical center of Mérida can be explored easily by foot. It used to be an important Mayan city with five pyramids before the Spanish conquistadors destroyed it and found their own city. The center of the city is the famous Plaza de la Independencia (also called Plaza Grande or Zocalo). That square is a popular meeting point of locals and tourists. Furthermore, there are many famous tourist attractions like the Cathedral of Mérida, the town house, the governors palace and the Casa de Montejo.

The Catedral de San Idelfonso, also called Cathedral of Mérida, is the highest church of the Mexican island. Furthermore it is one of the oldest churches in Yucátan as well. It was built between 1561 and 1599 from the remains of the Mayan pyramids which were destroyed by the Spanish conquistadors.

Palacio Municipal: Due to the red color and the high tower, the town house at Plaza Grande immediately catches the eye. In 1821 the independency of Yucatán was declared here. Directly next to the town house is a cultural center, Centro Cultural Olimpio, which often shows traditional dance performances at night. Who wants to visit one of these events should arrive early to get some tickets.

Also close to Plaza Grande is the largest theater of Yucatán with a dome full of colorful frescos from Italian artists and large marble stairs.

In the quarter San Juan you will find the Catholic Church San Juan Bautista (built in 1770) and a beautiful, colorful gateway Arco de San Juan (built in 1690). Behind it is a nice street with colorful colonial buildings.

The Catholic Church San Cristobal is one of the youngest in the city center.

Approx. 1.5 km from Plaza Grande you will find the famous boulevard Paseo de Montejo. The beautiful street is the home of high trees, historical manor houses from the 19th and 20th Century and impressive monuments.

List of tourist attractions at Paseo de Montejo from south to north:

The monument is located directly at the beginning of the street and shows father and son of the Montejo family, who found the city Merida.

(Gemelas means twins) The two houses standing next to each other are completely identical and were designed by Ernesto und Camilo Camera, two brothers from France.

The monument to the motherland was designed in 1956 from the Colombian artist Rómulo Rozo.

The shopping mall Gran Plaza is located outside the city center. From Plaza Grande it is a nice 20 minutes taxi drive (8 km) along the beautiful boulevard Paseo de Montejo. The shopping mall is not very touristic and you will find a lot of sport stores which offer cheap Mexican football shirts. Of course there are other shops as well like fashion stores, accessories stores or grocery stores.

The Hotel Casa del Balam is located within the historical center of Mérida (Calle 60). The lobby is a beautiful open air courtyard, which leads you to a small nice garden with a pool. The rooms are spacious, comfortable and with a view to the historical city center. The most famous square of the city, the so called Plaza Grande is only 400 meters away from the hotel. 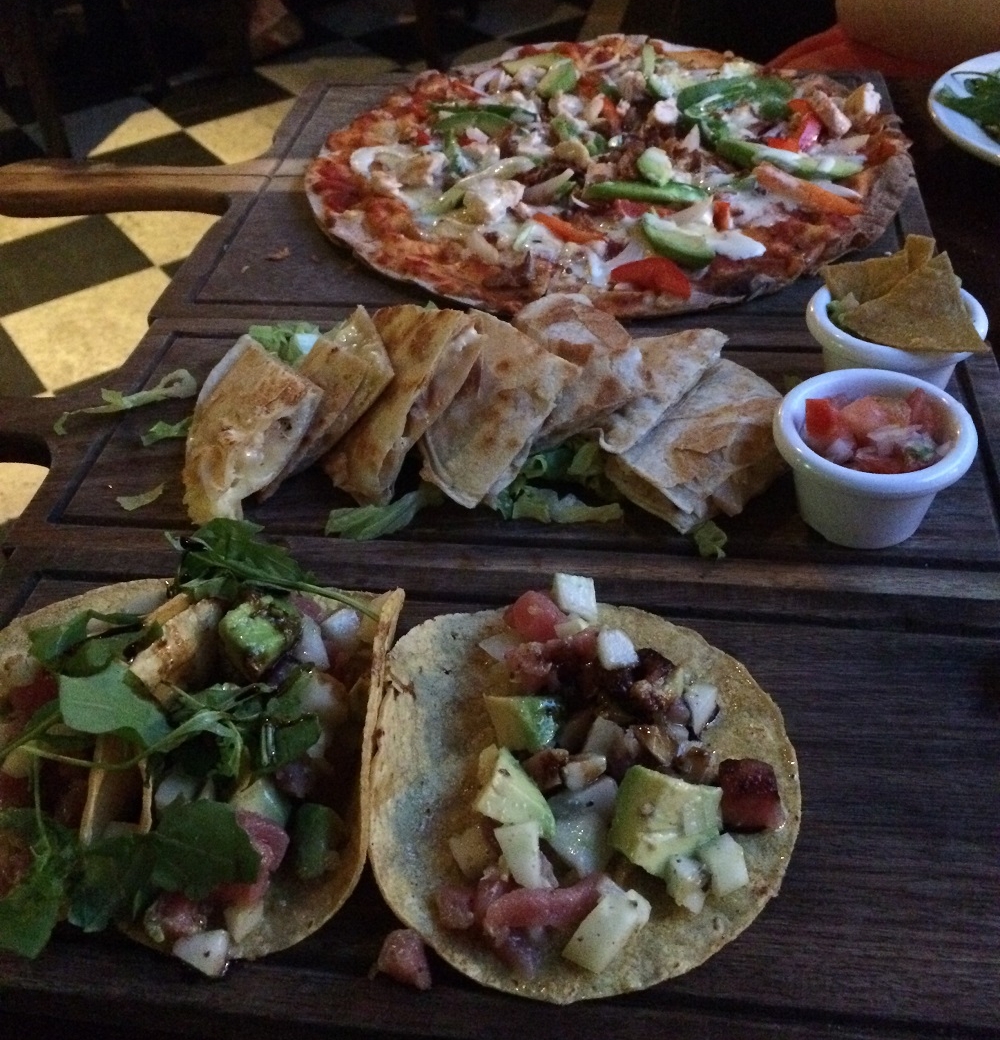 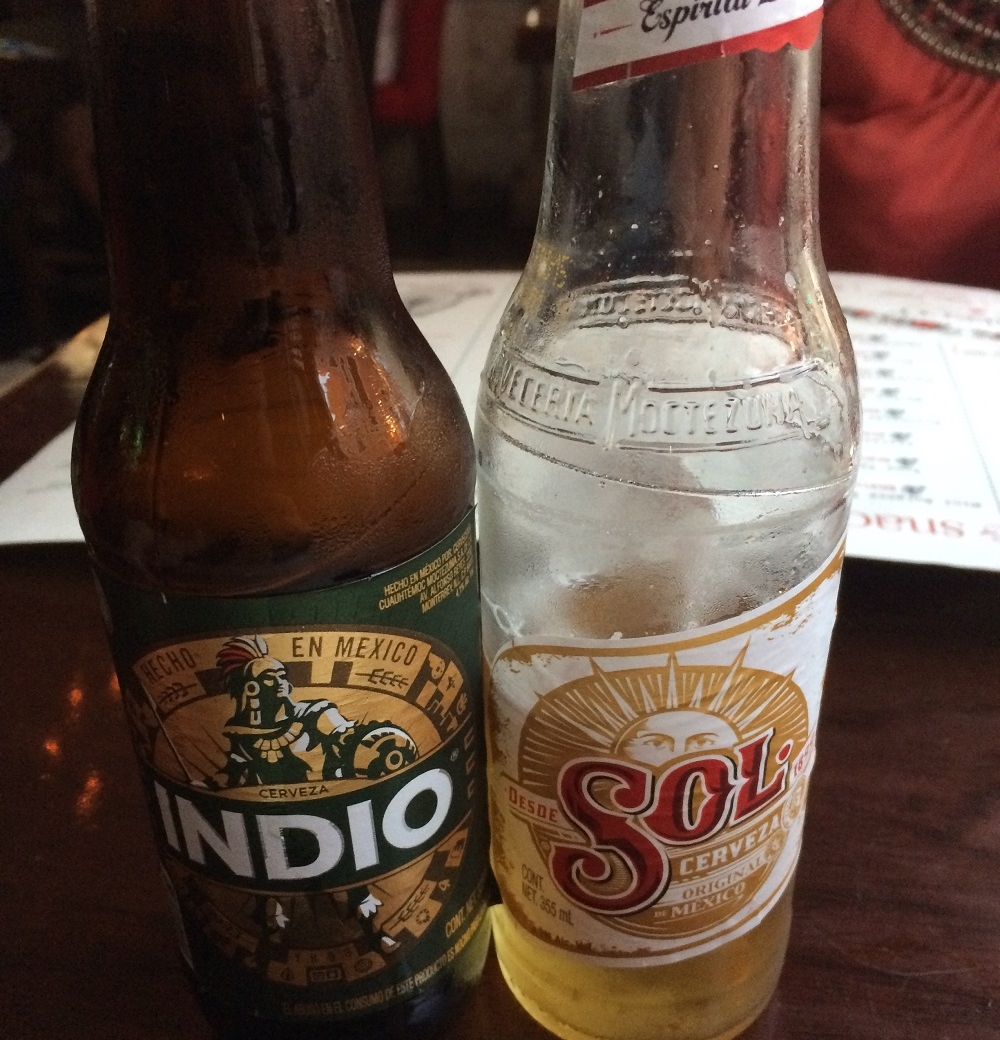 Next to the hotel Casa del Balam is the restaurant Bistrola 57. It has a beautiful ambience and the typical Mexican food is super delicious. The waiters are very nice and I can highly recommend the pizza with avocado.

Who likes German food should go to the brewery house "La Bierhaus". They serve a large selection of typical German food like Bratwurst (sausage), Haxe (knuckle) or potato salad as well as national and international beer.

Travelling to and from Mérida

You can reach Mérida from different cities by ADO Bus; for example from Cancun (5 hours), Chichén Itzá (2 hours) or Mexico City (20 hours). Please note: Mérida has three ADO stations. The first class stop is called CAME and is located at Calle 70. The other two stations are second class bus stops.

The Mayan Ruins of Tulum